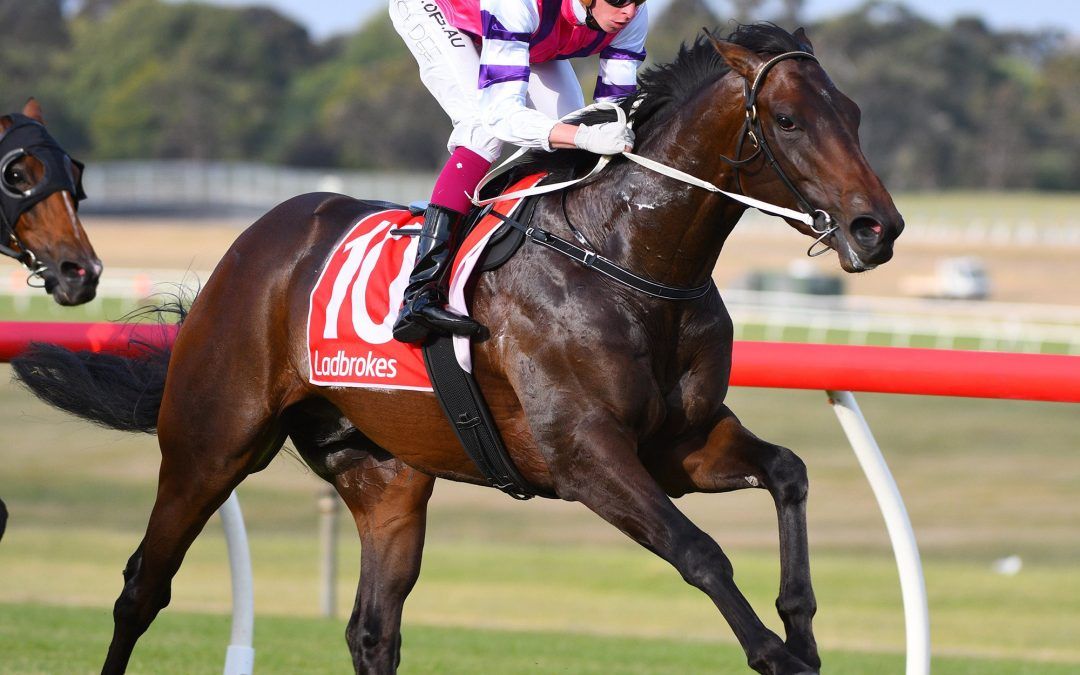 Price and Kent Jnr prepared Bella Amore ($3.30), Right You Are ($1.90) and Scorpius ($1.80) to win their respective races as favourites while Shezawitness ($10) won at bigger odds. Their haul could have been greater with Maliseet ($5) runner-up.

Price previously trained four city winners at the same meeting at the same venue on February 25, 2009 when the quartet of Royal Charades, Miss Maren, Tango’s Choice and Running Riot all succeeded at midweek level.

Right You Are and Scorpius are both three-year-olds who display considerable potential and appear the best of Price’s latest batch of winners.

Right You Are is a middle-distance prospect that was placed at his first two starts in 1400-metre maidens at Echuca and Pakenham before winning this maiden over 1500 metres against older rivals by 3.5 lengths.

“The horse is immature and still learning – but I like him a lot,” Price said.

“His brain is not quite there yet. He can’t see horses tackling him so he switches off when he’s in front in work and everywhere else.

“When that horse (Red Heeler) came at him last start he fought again but he needs to see,” Price added, referencing his maiden loss at Pakenham on November 14.

Right You Are is a gelding by dual Cox Plate winner So You Think out of 2009 Geelong Cup winner Leica Ding and there’s obvious lucrative options for staying three-year-olds in the second half of the season.

“He’s going to the paddock and has a bright future and I’m not going to shortcut his potential by rushing him back for the autumn next campaign.”

“He’s a developing young horse that’s perfectly sound and we’re going to give him the time.

“The mare (Leica Ding) as she got older got better as well.”

Scorpius won less than two hours after Right You Are over 1300 metres at benchmark 64 level after leading throughout from his wide barrier under Michael Dee.

“Scorpius worked with Right You Are last Thursday here, at this beautiful track they should keep their hands off, and he worked much, much better than Right You Are.”

“He wasn’t there to lead today but that was Michael Dee’s decision to flow with the colt and it was the right decision obviously.

“I think of all the horses i’ve brought here today… he’s a really nice colt that I think will eventually gain some black type.”