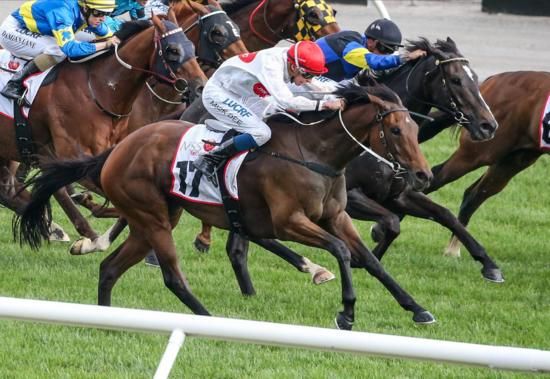 With two wins at Ballarat and Kilmore at her only five previous starts, the Mick Price trained Teleplay (image Grant Courtney) was giving away class and experience to her more seasoned rivals, but unwound a powerful finish for her rider Michael Dee to score a head win over last start stakes-winner Moonlover.

“I was quietly confident coming here today, especially with the wet conditions,” said Dee, who had ridden Teleplay in three of her previous runs.

“Credit to Dean Watt, who rang me about getting her into some of these little Black Type races and it’s paid off,” said Mick Price.

“She’s a game little mare and is now a valuable mare.”