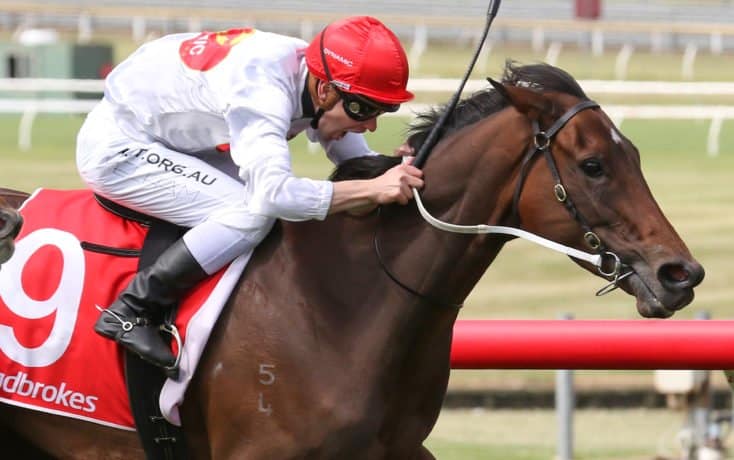 Teleplay won a Group Three race for mares during the recent Melbourne Cup Carnival at Flemington and Price, who trains in partnership with Michael Kent Jnr, opted to run her in Saturday’s Kevin Heffernan (1300m) rather than the Summoned Stakes for mares over 1500m.

Price was hoping Teleplay might have been able to run home into a place, taking on some well-performed opposition under the weight-for-age conditions, but said the mare “punches above her weight” and was able to get home in a photo finish after taking a rails run in the straight.

Teleplay ($10), ridden by Ben Melham, settled back with cover before getting up along the fence to defeat Home Of The Brave ($2.40) by a nose with dual Group One winner Hey Doc ($6) battling on well to finish another short neck away third in his first start since September last year.

“I’ve got to take my hat off to this mare,” Price said.

“Obviously it’s a very short margin, but that’s her at her absolute best.

“She needed a great ride, which she got and saved all the ground and lucky it was just one of those bob of the head photos.

“She’s been so brave. She probably races on race day above how we rate her.”

Teleplay took her record to five wins from 14 starts and Price said the mare would now have a spell.