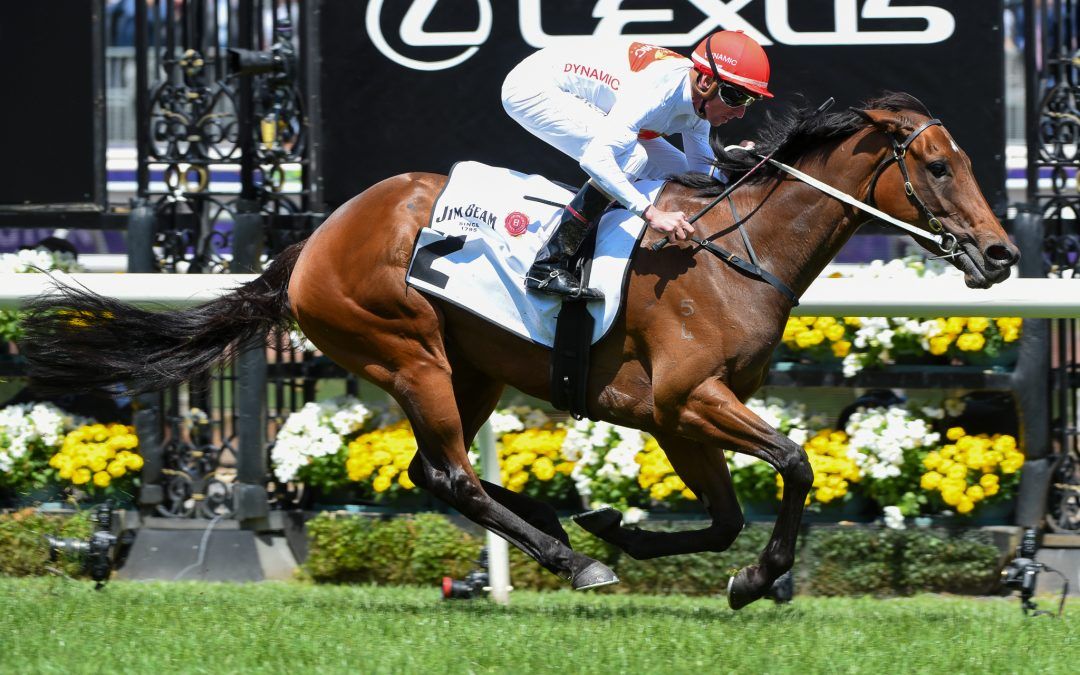 A year after her most recent victory, Teleplay has landed a second stakes success on the Melbourne Cup day program at Flemington.

Teleplay won over 1200m at Listed level in 2018 and stepped up to 1400m on Tuesday to take out the Group Three Jim Beam Stakes.

The victory was a first carnival success for Mick Kent jr who joined Mick Price in a training partnership earlier this year.

Price could not believe it had taken a year between wins for Teleplay.

“She’s a funny mare as there’s a little zone for her,” Price said.

“Number one, she needs to get her toe into the ground and this track is beautiful today but 1400 (metres) stretches her.

Teleplay drew barrier six and was ridden quietly by Rawiller who had the mare back with the tailenders turning for home.

“I suppose the ride worked where she conserved energy,” Price said.

“Last start we didn’t need to see her up and happening like she was.

“She deserves the win. She’s only little and worth a lot of money and she’s got a great bunch of people in her.”