Tarzino continues to grow in favour with breeders 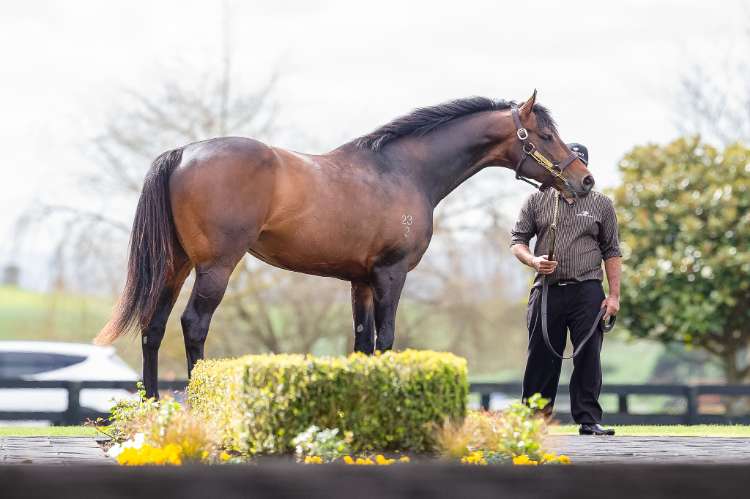 Tarzino (NZ) continues to grow in favour with breeders who have flocked to the multiple Group 1 winner since his retirement to Westbury Stud and his first representatives will be showcased later this month.

New Zealand Bloodstock’s May Sale at Karaka on the 17th will feature a number of Tarzino’s first crop as it will his associate sire Telperion, with Westbury Stud more than satisfied with the early impact the duo has made.

Tarzino raced up to his rich pedigree for Caulfield trainer Mick Price with four wins from his 14 starts, including a brace at Group 1 level in the Rosehill Guineas and the VRC Derby and was a close second in the Australian Guineas.

“When you look back at Tarzino’s race record, his Rosehill Guineas win was probably his stand-out race when he beat Beauty Generation and Jameka,” Westbury Stud General Manager Russell Warwick said.

Russell Warwick said “He probably couldn’t have beaten two better 2000 metre horses than those two in that era. That shows how good he was.” The red carpet has been rolled out for Tarzino since his retirement and the size and quality of his first two books has been impressive.

“He served 124 mares in his first year and 133 last year,” Warwick said. In his second season, Tarzino was the third most popular stallion in New Zealand behind Almanzor (Fr) and Savabeel.

“I think that’s down to a couple of things. One that he is the type of stallion that New Zealand breeders want to breed to and know the Australian market will buy them,” Warwick said.

“He raced exclusively in Australia and he was a multiple Group 1 winner and went within a nose of another one in the Australian Guineas.