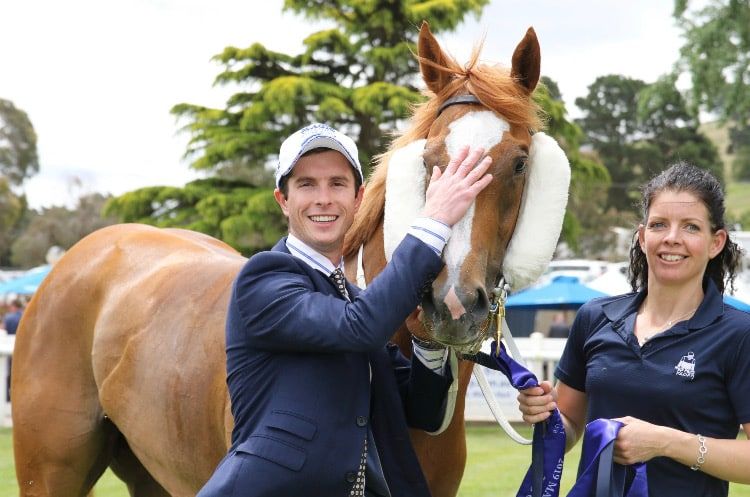 Euphoric Summer booked her ticket for January’s $2 million Magic Millions Classic (1200m) at the Gold Coast with a strong on-pace victory at Ballarat on Saturday.

The daughter of Not A Single Doubt raced outside the leader Soul Obsession ($3.90) and fended off the wayward Rathlin ($2.80 favourite) to win by the barest of margins.

Amish Boy ($19) flashed home for third ahead of the weakening Soul Obsession. Both minor placegetters settled on the fence stalking the pace as many horses away from the inside rail got lost on the home turn.

“She’s a lovely filly that’s been going well and her professionalism took her a long way today,” Melham said.

“She was a little bit tardy out of the barriers but I was able to muster into a position where I felt she was able to control the race.

“That run under her belt (when runner-up in the Debutant Stakes at Caulfield on October 9) gave her a solid base of fitness which helped her at the finish.”

Kent Jnr said Euphoric Summer would be prepared for the Magic Millions Classic on January 11 with one further lead-up run in Queensland a possibility.

“She’s got talent but importantly she’s got the right brain for a two-year-old, nothing fazes her.”

Euphoric Summer’s winning time of 59.74 seconds is the quickest for the Clockwise Classic, albeit with the course proper redesigned since last year’s Ballarat Cup meeting.

The previous fastest time was 59.80s, established by subsequent Group 1 winner Despatch, who also won after racing outside the lead. Despatch is one of only two previous Clockwise Classic winners to win another race – the other horse being Sheer Style (2013).