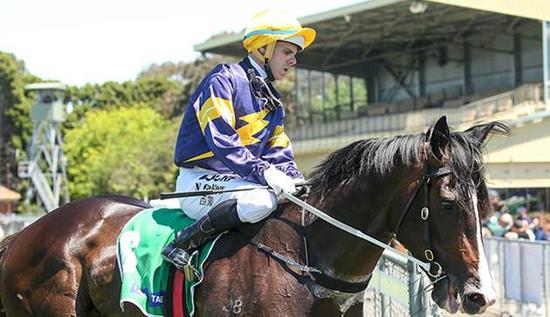 Mick Price will be out to build on his already strong hand in next month’s Australian Guineas (1600m) when he saddles up a trio of runners in Saturday’s Group 3 C.S. Hayes Stakes (1400m) at Flemington.

The Caulfield horseman will be represented by last-start winners Grunt and Cao Cao, as well as Savabeel colt I Have Arrived, in the $150,000 feature.

While he nominated Grunt as a Group 1 horse in the making, Price said he expected Saturday’s seven-furlong assignment to prove too short for the son of O’Reilly, who could be aimed at the Rosehill Guineas (2000m) and ATC Derby (2400m) later in the preparation.

“Grunt is a good horse and he’ll be a good Flemington horse but you’ll see him go a lot better in the Australian Guineas over a mile and even better over 2000m,” he said.

“I really like the horse but I don’t think 1400m is ideal for him, so I guess we’ll see him balance up in the back half (of the field) and with a bit of room he can run on.

“This is his run to get him into the Australian Guineas and then he’s hopefully off to Sydney because I’m hoping he’ll be a Derby horse, I’m just not sure whether he’s mature enough yet.”

And Price reported that both Autumn Stakes (1400m) winner Holy Snow and glamour colt Mighty Boss had come through the weekend in good order and remained on track for the $1 million Guineas at Flemington on March 3.

Mighty Boss was galloped on when an unlucky seventh – beaten less than one length by Hartnell – in last Saturday’s C.F. Orr Stakes (1400m) and Price said he would likely give the Caulfield Guineas winner another crack at weight-for-age in the Futurity Stakes (1400m).

“Holy Snow is good, he’s a tough horse and I don’t think I need to run him again, he can go second-up into the mile race at Flemington,” he said.

“I’m pretty sure I’ll run Mighty Boss in the Futurity (Stakes) and then into the Australian Guineas.

“He got galloped on in about four spots behind in that race (C.F. Orr) so he was lucky not to get seriously hurt.

“He’s a better horse this time in and that’s what we saw on Saturday, I thought he was trying to win and it wasn’t his fault that there was just too much traffic there.”