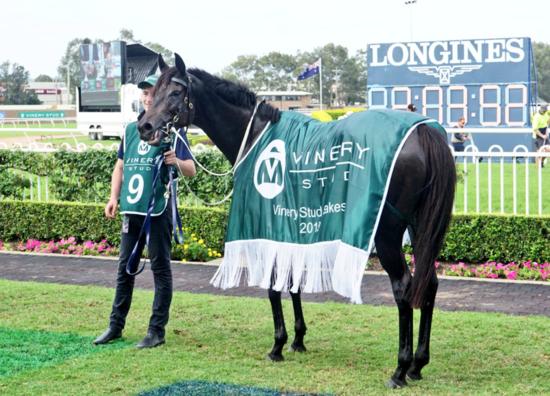 Mick Price has revealed a different approach when training three-year-old Hiyaam has put the Caulfield trainer in line for a third Group 1 classic win this season.

Price confirmed on Sunday that his Vinery Stud Stakes winner would progress to the $1 million ATC Oaks at Randwick on the back of a European-style training regime which saw the filly win second-up at 2000 metres after leading throughout.

“I’ve taken a line on her that she’s a real staying High Chaparral so I haven’t wasted any of her resources on shorter races,” Price said.

“If you identify a nice staying type of horse and do the work, you don’t need to grind the legs off them.

“I think with her that she is one of those High Chaparral fillies that don’t carry much body weight.

“She has plenty of nervous energy about her so she’s not the right sort of filly to be doing too much galloping with.

“She’s done the longer, slower work and the more gentle gallops and it obviously suits her. It wouldn’t work on every horse but on her, it works fine.”

The proof is always in the pudding and the way Hiyaam led from the barriers to the post confirmed Price’s suspicion that Hiyaam is an out-an-out stayer.

“The Oaks distance (2400m) is perfect for her,” he said. “I am not saying she has to lead – it will be up to Michael (Dee). She ran well in the VRC Oaks when she got back and ran home well for third but she’s a 10 or 15 per cent better filly this preparation.”

Price said he felt that while he was pleased with his preparation of the filly, he had no doubt as to the pivotal moment of the race – when the gates opened, Hiyaam jumped first and Dee made sure that is where she stayed.

“The ride won the race,” he said of the 21-year-old jockey. “Good luck to Michael Dee. He’s a worker. He needs to get better and better as a jockey and he’s trying and I thought it was an inspired decision to ride his horse and not ride his race according to the speed map bulldust.

“He made a decision in the first 100 metres to ride the race according to how his horse responded.

“I mean, the horse put itself there. How stupid would it have been to try and box seat it and ride the perfect race?”

Price has continued to produce classic types this season.

He won the Caulfield Guineas in the spring with Mighty Boss before taking the Australian Guineas in the autumn with Grunt and has another chance to snare a G1 this Saturday on the opening day of The Championships when he saddles luckless filly Seabrookin the $1m Sires’ Produce Stakes.

“She is thriving,” he reported after the filly’s fast-finishing fifth in the Golden Slipper. “She is a strong two-year-old. It’s a $1 million Group 1 and I’d love to see her win it.

“She was unlucky in the Slipper but here she should take a position and be hard to beat.”