Price Was Right For Noonan And Netherfield 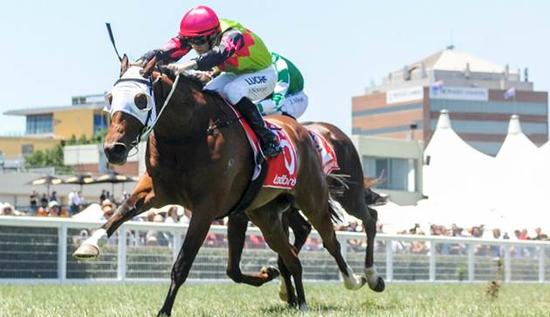 Jake Noonan’s resurrection as a jockey continued at Caulfield on Boxing Day when the rider, who feared he was all washed up as a 22-year-old, rode a faultless race aboard Netherfield to begin the feature race day a winner.

Noonan, now 24, explained after he had scored on the four-year-old that it was Netherfield’s trainer Mick Price who gave him an opportunity to reignite his career by relocating from Mornington to Caulfield two years ago.

‘’I was going nowhere,’’ Noonan said after his win on the $2.70 favourite. ‘’I had nothing to lose so I just lobbed at Caulfield one day and honestly for the first two weeks I’d lob up on a Saturday morning and ride one or two horses a morning.

‘’Then Mick said to me ‘do you want to jump on one?’ He couldn’t promise me any rides out of it but he threw me a ride at Bairnsdale and it won and that’s where we kicked off our relationship.

‘’I’ve ridden more winners for him than anyone else I reckon. They are always good competitive rides. They are fit and it’s a good stable to be associated with because two years ago I was going nowhere.

‘’I’m just a part of his team. He’s got that many jockeys. I am just another link in the chain and that’s fine. That suits me.

‘’I understand I am not going to get cream of the crop rides all the time but if I keep lobbing up you get opportunities like this when Mick Dee and the other jockeys are away and it just keeps your foot in the door.’’

Noonan was happy to allow Netherfield to find his feet in the 1800-metre race with none of his five rivals behind him as the field turned for home. But once Netherfield got to the outside, he steamed home to score by a length and a quarter over second favourite Andrea Mantegna ($4.40).

A change in lifestyle of late has forced a little change to Noonan’s roster at Price’s Caulfield stables.

‘’I usually go Tuesday and Saturday but Saturday becomes a bit difficult with a three-month old newborn and Friday night racing so Mick’s pretty understanding there.’’

Noonan still struggles with his weight and on Monday rode Netherfield a half kilogram over at 55 kilograms.

Price said Noonan had slotted in well with his big operation at Caulfield. ‘’He’s a hard worker and a good part of the team,’’ he said.

‘’I thought he rode that well. He showed good patience and then just rounded them up.’’