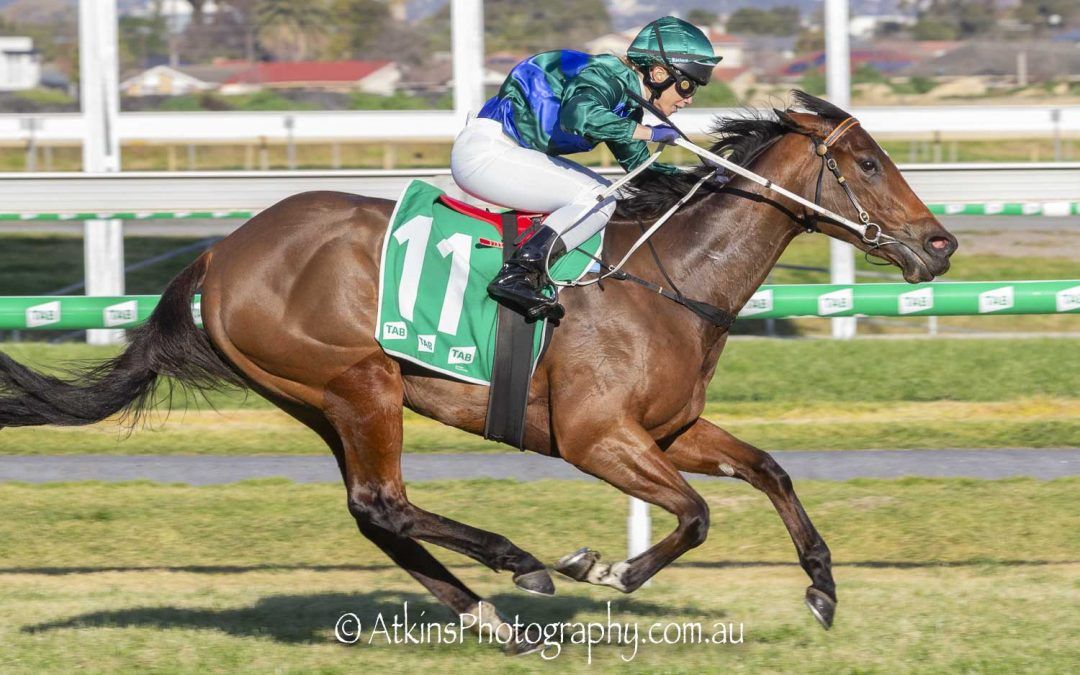 Highly respected Victorian trainer Mick Price reckons he had his eyes shut when the gates opened for the Lightning Stakes (1050m) at Morphettville on Saturday.

Promising two-year old filly Parlophone has twice bucked out of the barriers, thus the anxious thoughts for Price, who trains in partnership with Michael Kent.

But there was no need for any worry. Parlophone, pushed wide on the home turn, produced a powerful burst in the straight to claim an emphatic three length win and give apprentice Jessica Eaton her first black type victory.

“We have had to go through some things to get the gear right,” Price said in regard to the stable searched for the answers to the filly’s concerning behaviour.

“Even with the 52kg, we needed a rider who would have a medium size saddle and medium girth. The filly resents the tight gear, so I had my eyes shut when the gates opened.

“It was good she did not buck and she behaved herself. Hopefully that is behind her and onward and upwards from here.

“The filly is owned by Lindsay Maxsted and Jeff Walsh, they are private breeders and it is important for them to get a stakes win with her.”

The win continued an outstanding start to her South Australian stint for Eaton, who has relocated from Victoria seeking more opportunities, and gave her a double after riding Manzala to victory over 2500m.

Price recalls the day Eaton walked into his office and said ‘could I ride horses’.

“She has ridden her first stakes winner for us which is great,” he said.

Parlophone will return to Melbourne and continue her attack on sprint races as a three-year old.

“The main thing is she is out of a good mare (Roulettes) who throws stakes winners and now Parlophone is one of them,” Price said. “She joins a pretty valuable page.”

Eaton said the opportunity to ride a Listed winner for Price was massive given she had started her apprenticeship with the astute trainer.

The main objective was to get Parlophone out of the gates sweetly, according to Eaton, and added she had a good run in transit.

“She is still doing plenty wrong and there is definitely a lot to improve on,” Eaton said. “She is a classy filly for sure.”