Our Playboy toys with rivals in Gr 3 Vain Stakes 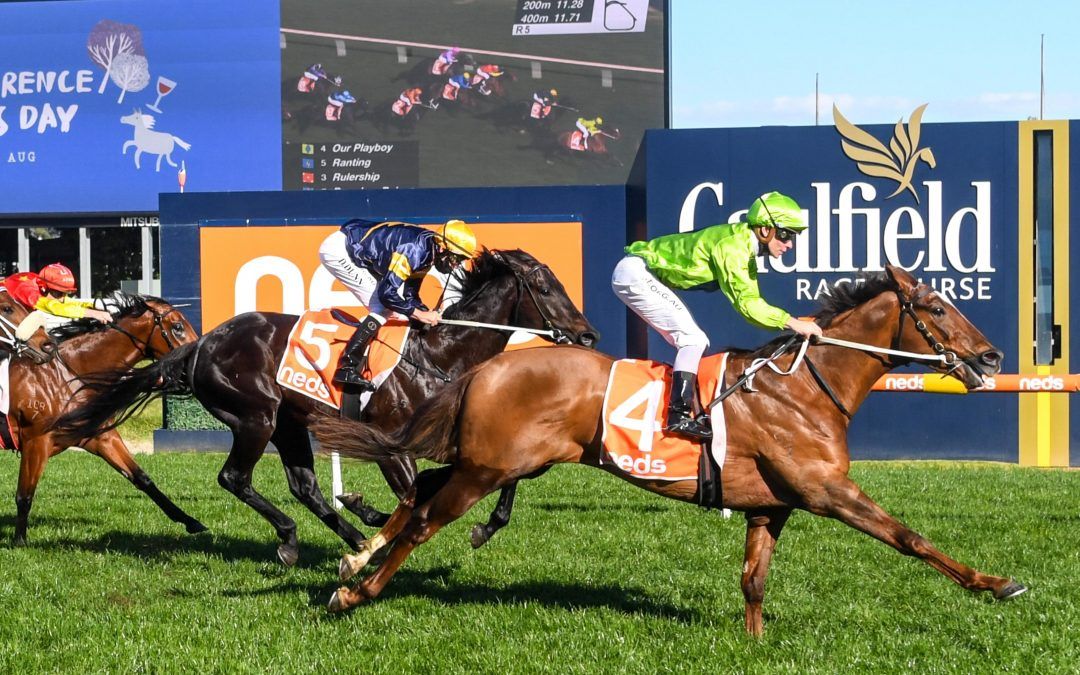 Our Playboy has a flashy name which would have been given a nod by the late Hugh Hefner but the colt showed he skill to go with style as he made a spring statement by winning the Group III Vain Stakes at Caulfield.

It was a race where the bubble of a couple of new three-year-olds burst to some extent with favourite Rulership ($2.40 fav) appearing to have every chance in the lead but fading to finish third.

And Hydro Star failed to back up his impressive win at a Sandown midweek meeting last month, settling at the tail of the field and never getting into the 1100m dash, finishing last and beaten more than five lengths.

All the while, Ben Melham was smoking his pipe on the Mick Price and Michael Kent Jr-trained Our Playboy before unleashing a burst from near the back to overhaul the leaders and score a surprise win on the colt who had started $12.

Our Playboy was stepping up from a midweek win at Sandown in April at the end of his last preparation but made the class transition in style, with the colt appearing to have plenty left in the tank at the end as he won by a length.

Ranting ($6) fought on well for second but it was all honours to Our Playboy and the in-form training team of Price and Kent Jr who have plenty of tantalising spring prospects.

It was Our Playboy’s third win in a five-start career which kicked off last November at Moonee Valley when he was beaten more than five lengths behind 2020 Blue Diamond winner Tagaloa.

“I think we just need to keep him to sprinting. I don’t think he’ll get out over much of a journey. We bought him to be a sprinting Sebring and that’s what he’ll do,” Price said.

“He came back off the speed, too, which was good.

“I notice that he didn’t get cover and he did have his mouth open a little bit. We are just going to keep his brain right and keep him sprinting.

“I thought he showed a bit of stamina towards the end and it was a good effort.”

Melham said he thought the colt could win better races – as long as he relaxed.

“I was a bit concerned that he didn’t have cover but I didn’t bustle him, I just kept him in a rhythm,” Melham said.

“He’s got a really effective turn-of-foot as he displayed there. He put a good bunch of colts away today and he’s heading in the right direction.

“He’s started off on the right foot and as long as he can harness his energy then he’s got a very effective turn-of-foot.”

Godolphin galloper Bivouac won the 2019 Vain Stakes before going onto win Group Is in the Golden Rose last spring and the Newmarket Handicap in March.

In winning the Vain Stakes, Our Playboy firmed from $101 to $26 in both the Caulfield Guineas and the Golden Rose with tab.com.au