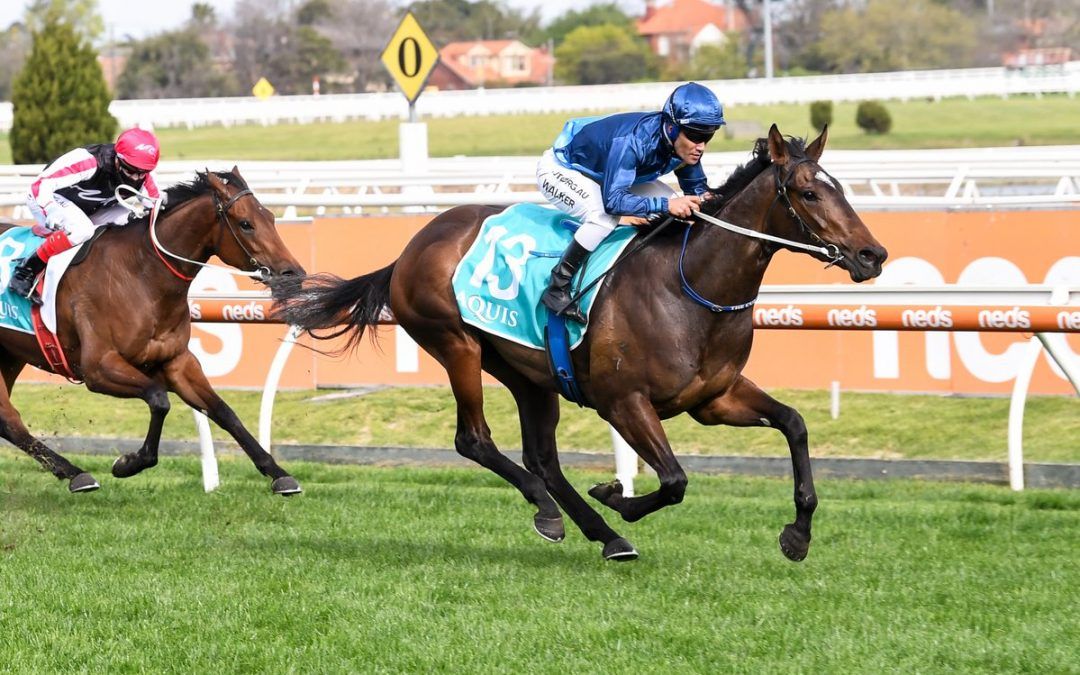 Michael Walker has already won a Caulfield Guineas with trainer Mick Price and now their sights are set on teaming for a Thousand Guineas victory after Written Tycoon filly Odeum took the Listed Jim Moloney Stakes at Caulfield on Saturday.

Unlike Mighty Boss, who won the Caulfield Guineas at the odds of $101 in 2017, Odeum is sure to have her followers as she chases next month’s $1 million Group 1 classic after causing an upset on Saturday at the odds of $26.

Walker gave the filly a soft run off the speed and then produced her in the home straight and she raced clear to beat the fast-finishing $3.10 favourite Aidesnfield by a length, with that margin again to third-placed Mozzie Monster ($4.20), who came from near last on turning for home.

“This filly is still learning her caper,” Walker said. “She jumped, she settled beautiful. She was off the bit turning. As soon as she got in a straight line and had a horse outside (of) her, she quickened.

“When she hit the front she had her ears pricked. I think there’s a few more lengths up her sleeve yet.”

Price’s co-trainer Michael Kent Jnr said the Thousand Guineas was a part of the plan for the filly.

“She ran (today) like the mile would suit her,” he said. “Obviously the Guineas is now on the agenda. It’s fantastic, a nice problem to have.

“We thought she could run a place today but to win like that by a big margin, ears pricked, that was awfully impressive.

“Congratulations to all the owners. Seamus Mills picked her out. Lovely ride by Michael Walker, gave her a great ride today.”

The Listed Jim Moloney is only in its third year but has already had some quality winners with Mystic Journey winning it in 2018 to begin a memorable winning streak of seven victories.