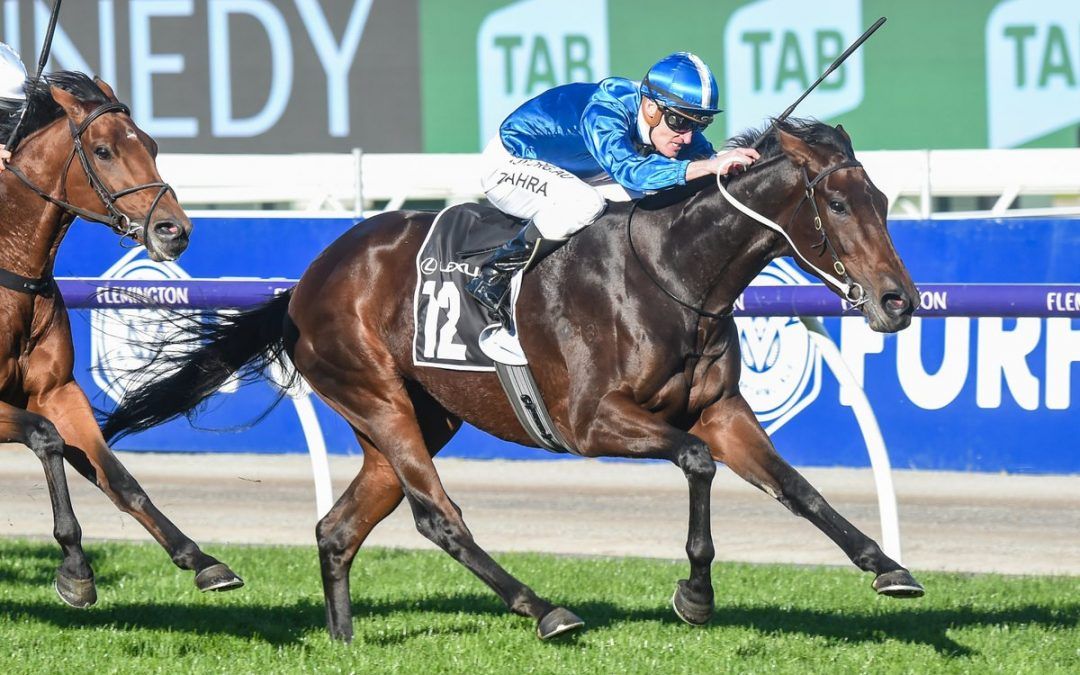 The heavily backed King of Leogrance ($1.80 favourite) was afforded every opportunity by Damien Oliver but was outstayed inside the final 200 metres from Oceanex ($6.50), displaying fresher legs with an economical run from barrier one.

The four-year-old daughter of Ocean Park settled behind the leader Too Close The Sun before peeling off heels at the 300-metre mark and edging past King of Leogrance under the clocktower to win by three-quarters of a length.

Terang and Warrnambool Cup winner Too Close The Sun ($7) folded up to finish second last in the 11-horse field.

“I know she drew barrier one and got the gun ride with a clean pair of hands from (Mark) Zahra, but still, she beat the right horse in the race and she won convincingly going away,” said winning trainer Mick Price, who created a training partnership with Mick Kent Jnr last year.

“So her first run over 2500 metres in Adelaide (when first in the Port Adelaide Cup) was strong and today was fantastic.” Trainer Danny O’Brien was making no excuses for King of Leogrance in defeat saying the last start Adelaide Cup winner ran ‘super’.

Should Oceanex contest the Melbourne Cup, she would become Price’s third starter in Australia’s famous race. Price when asked to reflect on his past two runners quipped: “They were both 500/1 and ran like it, they were disgusting.”

Oceanex may not start any shorter in betting for this year’s Melbourne Cup but her ownership group according to Price consists of ‘mums and dads’ and ‘boys from the Bonbeach football club’.

They rightly shouldn’t care less about the odds being stacked against their Kiwi-bred mare on the first Tuesday in November. A dream that all Australian racehorse owners have for connections of Oceanex is one crucial step closer to being realised.