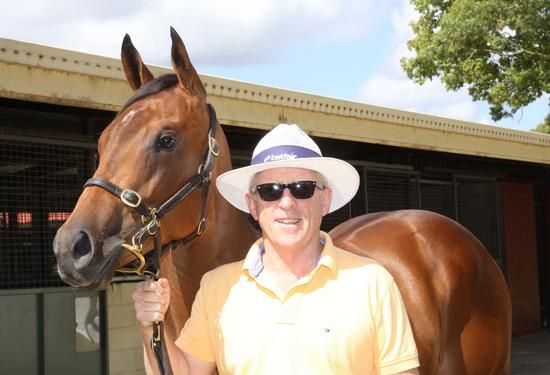 All good things come to an end, and it was with mixed emotions this week that we saw the retirement of Group 1 winner Secret Agenda (23: 7-5-1), earner of over $1.5 million.

Mick paid credit to the bonny mare and says she will be missed by everyone at the stable.

“Secret Agenda was incredibly honest, she tried her best every time despite niggling issues and a penchant for soft tracks which we don’t get too often.

“Although she may have had more racing in her I wanted to retire her when she was sound and happy, she didn’t owe us anything.”

With the support of her connections, Secret Agenda was retired and is bound for motherhood.

Secret Agenda has taken her big group of owners on a ride to remember. A five-year-old mare, Secret Agenda (Not a Single Doubt x Negotiate) was purchased by Mick at the 2014 Gold Coast Magic Millions Yearling Sale for $120,000 from the draft of Arrowfield Stud.

Without a buyer, the filly was offered to a few stable clients including Carol Walsh and David Mourad from Blueblood thoroughbreds, who syndicated her among a great group of people.

Secret Agenda hit the ground running, winning her first start at Moonee Valley in December 2014 under her favorite jockey Damien Oliver. Put away as a Blue Diamond contender, a nasty injury in the Blue Diamond Prelude saw her spelled until spring.

In five starts that spring, she never finished worse than second and provided her owners with a memorable rain-soaked VRC Oaks Day when she destroyed her rivals in the Group 3 Gucci Stakes (1100m).

It was the 2016-17 season that saw the best of Secret Agenda, winning the Group 3 How Now Stakes (1200m) in September before firmer tracks kept her from performing at her best. In the autumn of 2017, she won the Group 2 Sapphire Stakes (1200m) at Randwick before accounting for a quality field in the $1 million Group 1 Robert Sangster (1200m).

Secret Agenda had nearly a year off, but returned in her typical determined fashion with a win in the Listed Bob Hoysted at Flemington. Her final campaign included five starts for a win and a second in the Group 1 Robert Sangster.

Good mares are hard to replace, but Blueblood Thoroughbreds have two star fillies following in Secret Agenda’s footsteps in the form of She’s so High (3f I Am Invincible x High Achiever) and Seabrook (Hinchinbrook x Midnight Revels).