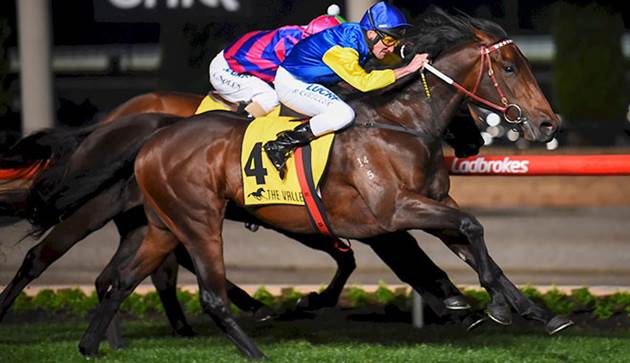 Leonardo Da Hinchi begins his late-season run for a Group 1 prize when he has his first outing for trainer Mick Price at Caulfield on Saturday.

The three-year-old winner of the Group 2 Stutt Stakes last spring for former trainer Darren Weir has been sidelined so far in 2019 with fetlock issues but Price said the colt was fit and ready to race and win on Saturday.

“I think he’s a very forward horse,” Price said. “He trialled last Tuesday here at Caulfield and he went well. His trials have been good and he’s been down the beach and goes into the race with a nice prep under his belt.

“Hopefully he’ll put in a good one and he can head north for a race like the Stradbroke.”

Leonardo Da Hinchi, who will be ridden by Michael Dee on Saturday, pushed eventual Doncaster Handicap winner Brutal in the Exford Plate during the spring before finishing off his campaign with a sixth placing in the Caulfield Guineas.

He will race first-up this Saturday against the older horses In the second heat of the Victorian Sprint Final over 1200 metres. 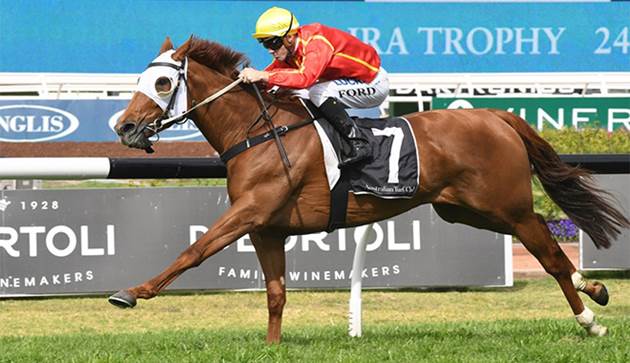 Price will also run his Group 1-placed mare Miss Admiration over 1600m first-up at Caulfield, and she is likely to join Leonardo Da Hinchi in a Queensland campaign.

“She’ll probably end up in Queensland as well,” Price said. “She’ll give a bit of cheek first-up but she doesn’t win mile races.”

Miss Admiration is likely to race on for one more season with connections hoping to go one better than last spring when she was stranded just outside the final Melbourne Cup field.

“She was 25th in order to get a run in the Melbourne Cup,” he lamented. “It would have been a big thrill for the owners but she missed out by one.”

Miss Admiration’s main aim is the $400,000 Brisbane Cup over 2400m on June 8 – the same day Leonardo Da Hinchi is expected to run for the $1.5 million Stradbroke Handicap.