Group One Win Is Ticked Off Secret’s Agenda 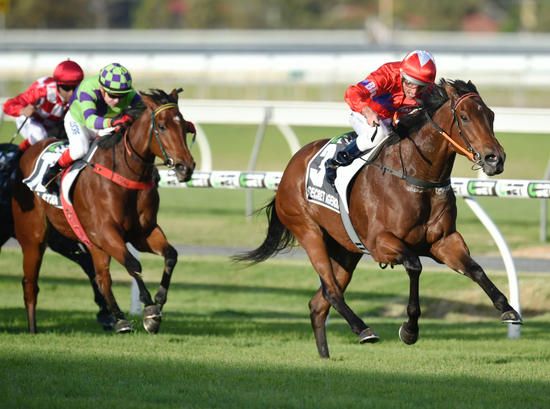 Coming off a win in the Group Two TAB Sapphire Stakes at Randwick, Secret Agenda came back to Melbourne and had a mini freshen up on the water walker at Rockmount. With the Robert Sangster Stakes at Morphetville worth $1million this year, Mick Price thought the race was ideal.

Drawing a wide gate of 16 and a drying out track, there were a few hurdles in front of the mare by Not A Single Doubt. With Damien Oliver engaged to ride Secret Agenda the owners and the Mick Price Team knew that Damien would be up for the challenge. When she flew the gates and Damien took her straight to the front Mick Price remarked after the race “that’s why we put the great jockeys on. They make the split decision under pressure and that got us the Group One win.”

“It’s fantastic to see 20 people who put their money up experiencing the euphoria of a Group One win, I loved her as a yearling and paid $120,000 at the Gold Coast Magic Millions. I had no owner for her and offered her to a couple of people and luckily Carol from Bluebloods decided to syndicate her’’ Price said of Secret Agenda’s big group of owners.

Secret Agenda will stay in Adelaide for the next fortnight to contest the next Group One Goodwood on May 20. Price has previously won the race with Velocitea and Perfectly Ready.

This mare has now had 17 starts for six wins and four seconds, with a prize money purse of over $1.2million.