Golden Rose Next Target For Price 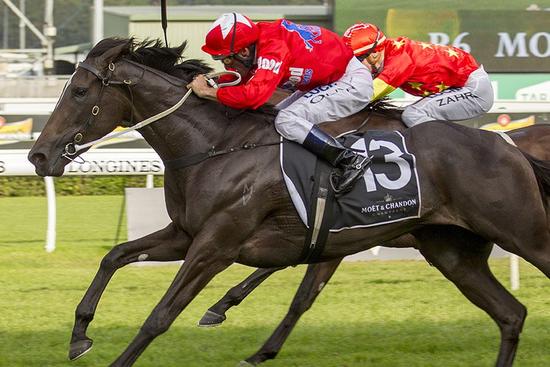 Mick Price believes he can win a second Group 1 in the space of a week after his Champagne Stakes winner Seabrook again turned in brilliant work at Caulfield on Tuesday.

Coming off a superb Makybe Diva Stakes win with Grunt last Saturday, Price said that after some doubts as to whether Seabrook had come up to her potential this spring, he now goes into Saturday’s $1 million Golden Rose at Rosehill full of confidence his filly can win the race.

“I think she’s improved out of sight,” Price said on Tuesday morning of his filly, who ran third first-up in the McNeil Stakes.

Seabrook was one of just 11 final acceptors and the only filly taking on the 1400-metre Group 1 when final acceptances were taken in Sydney on Tuesday morning.

Price explained that he was a little concerned early in her preparation that the star two-year-old might not produce her best as a spring three-year-old.

“She had two trials at Cranbourne,”‘ he said. “One was average, one was OK and her first-up run here was OK.

“Ollie (Damien Oliver) said (after her first-up run) that ‘she used to tow me in this horse, but she seems a bit different’, but I reckon she’s improved out of sight.

“Inside grass the reverse way here Saturday morning, she was super. He rode her here this morning and he can be critical of them Damien – he’s a very good judge – and he just got off and said she’s spot on.”

Price said he favoured bringing Seabrook home after Saturday to concentrate on next month’s Thousand Guineas rather than keep her in Sydney for the Flight Stakes in two weeks.

The Caulfield trainer has also not written off his chances of a second Group 1 win in a week occurring on his home track as he lines up his multiple G1-placed mare Oregon’s Day in Saturday’s Sir Rupert Clarke Stakes.

“She is flying that mare,” he said on Tuesday. “I’ve never had her better.

“She used to be a bit inconsistent in her work but she’s a more mature mare because she’s done that travelling to Sydney, which has helped her a lot.

“She’s a better mare than she was last prep.”

Price is also hopeful Mighty Boss can find his way into a Caulfield Cup with the Caulfield Guineas winner of last season currently equal 21st to gain a run in the race.

He said he plans to take the blinkers off the horse after his below-par performance last start (10th of 11) in the Dato’ Tan Chin Nam Stakes over 1600 metres at The Valley.

“I think he’s going to start to show up over 2000 metres,” Price said of Saturday’s Naturalism Stakes. “He’s nominated for the Caulfield Cup and I am a bit hopeful of him. He’ll definitely begin to show up now.

He said Hiyaam is now looking for 2000m so he expected a better showing from her but was doubtful whether his other entry Miss Admiration will beat the ballot into the race.

Price said Miss Admiration might instead run in the Colin Stephens Quality over 2400 metres in Rosehill instead with plans to keep her in Sydney for a shot at the group 1 Metropolitan at Randwick two weeks later.