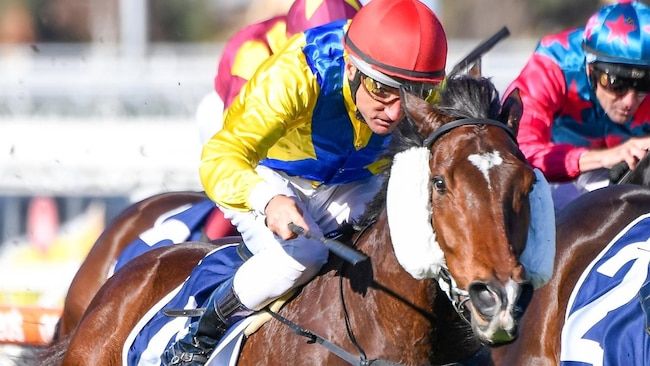 The Mick Price and Michael Kent Jr stable continued its memorable May when it took training honours at Caulfield with a winning treble on its home track.

At the two previous Saturday meetings at Flemington, the stable had produced winning doubles including Oceanex in The Andrew Ramsden to secure a start in the Melbourne Cup.

Their winners on Saturday were three-year-old gelding Right You Are, sprinter Tavisan and Heptagon, who is trained at their Warrnambool stables.

They also trained the quinella in the Nick Johnstone Real Estate Handicap (1600m, 3YO) when three-year-old gelding Right You Are defeated filly Librate narrowly.

In terms of the future it was that win Price was but excited about, although he cautioned he’s got a lot to learn.

“He waited for the other horse in the closing stages. I’ll take him through his grades and can teach him as he goes along,” Price said.

Price said Right You Are would have his next start at Flemington on June 20 over 2000m against his own age group.

“After this win his rating will be 72 to 73 so there’s a long way to go before we can start making plans about spring and things like that. He’ll be a four-year-old in the spring so it’s still early days,” he said.

“He had a good gate, nice ride and the best horse won. I think he’s a really interesting horse. He’ll get 2000m, no problem.
“He’s got a good set of lungs and he’s always clean winded in trackwork. He’s a lovely, sound horse. He’s got a bit to learn but I think we’re just taking him through the grades to capitalise on these $100,000 races and make a horse out of him.

“Not sure what happens given that the spring is back a bit now, whether he’ll be an early four-year-old, but we’re going to play around with him.”

His jockey Damien Oliver described him as “quirky” and that he did a few little things wrong.

Right You Are ($2.90 fav) defeated Librate by a short head with Translator ($9.50) a length and a quarter away third.

The stable later made it a winning double when Tavisan took out the 1100m sprint.

Price said they would continue to target sprints with Tavisan over winter. 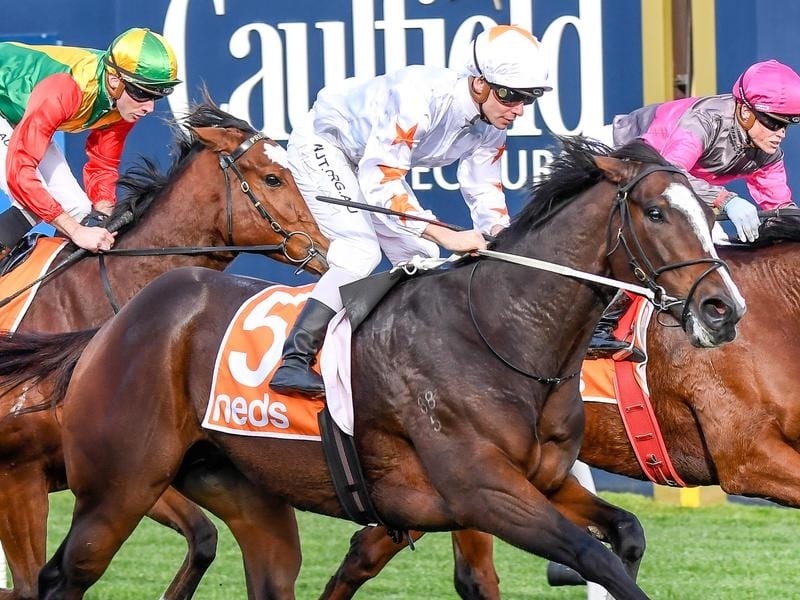 Price said Heptagon, who was ridden by apprentice Lewis German to win the Vale Kevin O’Brien Handicap (1400m), said being prepared at Warrnambool had led to a transformation in his attitude to being “a happy horse”.

He said it was likely Heptagon would run in next Sunday’s Swan Hill Cup.