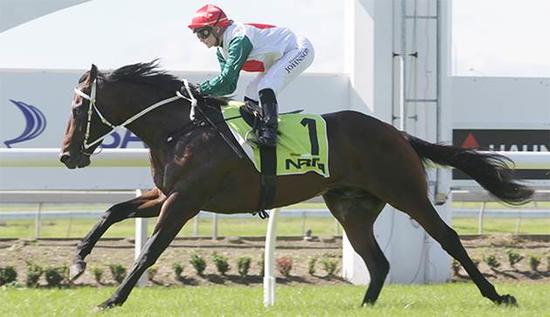 The money is certainly following the spruik for Mick Price’s NZ import Ardrossan in Saturday’s Group 2 Rubiton Stakes, but his trainer is confident he can live up to expectation.

The Redoute’s Choice colt was a Stakes winner at just his second start in New Zealand, and now his third start will see him tackle the likes of Coolmore Stud Stakes winner Merchant Navy, triple Group 1 winner Flamberge and William Reid Stakes winner Silent Sedition at Caulfield on Saturday.

While Price conceded he is raising the bar high with his 71-rater, he is confident he won’t be disappointed post-race, with the Oakleigh Plate in mind with him.

“He’s an exciting horse, I reckon,” Price said at trackwork on Tuesday, with Ardrossan a second-favourite in all-in markets.

“They ran it in 21.5s last 400m on the fence, which is what they do according to the oracle, [Caulfield trainer] Colin Little, the clocker.

“I’d love to see him win, I think you’ll see a really good effort from him, and hopefully he can run first three if not win, and then go to the Oakleigh Plate.

Taking on the older horses in the $500,000 feature is naturally not going to suit the three-year-old, but Price is using it and the Futurity Stakes as a yardstick for his assault on the Australian Guineas.

“Mighty Boss worked good, no blinkers, I didn’t need to see much more from him,” he said.

“He’s had a really good prep – I can’t help him too much more.

“A couple of Weiry’s big guns, Tosen Stardom and Brave Smash [and Black Heart Bart], if they’re right, they’re going to be hard to beat.”